Skip to content
Home » Disease » Bipolar Disorder: Know the Complications and Fight Them

A bipolar disorder (BD) causes extreme mood swings. It is commonly known that people who suffer from BD are manic-depressives. People suffering from this condition may experience severe problems. It causes major changes in mood energy, thought, and behavior – from the highs of mania at one extreme to the lows of depression at the other.

A child or teen with this disorder experiences both manic phases (periods of unusually high energy and activity) and depressive phases (periods of severe sadness, fatigue, irritability, or hopelessness) that last days or even weeks before dissipating. The National Institute of Mental Health describes the primary symptoms of this disorder as alternate episodes of high moods and low moods.

Quick Tip: “Those around you who experience extreme mood phases–from highs that can make them unable to sleep or remain stationary–could have bipolar disorder.” Do not ignore this, and get them help as soon as possible.

Bipolar disorder has types: What are they?

People who suffer from this disorder experience episodes of depression and mania. There are different types of bipolar disorder, including bipolar I, II, cyclothymic disorder, and unspecified bipolar disorder.

Bipolar I: Among the four types of bipolar disorder, bipolar I disorder is the most common. Symptoms of Bipolar I include manic episodes, as well as depressive episodes. An episode of manic depression must last for more than a week and be severe enough to require hospitalization.

cyclothymic disorder: An individual with cyclothymic disorder experiences mood shifts between depression and hypomania that persist for over two years. It is not possible to diagnose this disorder episodes based on the depressive and manic episodes present in these episodes. The mood can be normal for a short period, but the period usually lasts less than eight weeks.

unspecified bipolar disorder: It occurs when there are episodes of unusual manic mood, but the symptoms do not fit the other three categories.

What Are the Causes of Bipolar Disorder?

This is the most common cause of this disorder. This condition can run in families and oftentimes has a genetic basis. There are many instances where the parents have been diagnosed with this disorder, but their children do not show symptoms of this condition. This means that genetics play a large role in whether someone develops bipolar disorder or not.

Stress plays a huge role in causing this disorder. A person who is under stress daily may develop depression or mania. People who experience abuse at a young age tend to have more episodes of manic behaviour.

Bipolar disorder is caused by chemical imbalances in the brain. These chemicals include dopamine, serotonin, norepinephrine, glutamate, gamma-aminobutyric acid (GABA), and acetylcholine. Dopamine is a neurotransmitter that causes pleasure and reward while serotonin is responsible for mood regulation. When these chemicals are out of balance, they can cause mania or depression.

What Are the Symptoms of Bipolar Disorder?

Sometimes, people have both manic and depressive symptoms during a single episode. Bipolar I usually have one manic episode, and the overwhelming majority of people with bipolar I also have significant depressive episodes. While manic episodes in bipolar I can be serious and dangerous, individuals with bipolar II disorder may be depressed for longer periods, causing substantial impairment.

How to treat this disorder: Various Treatment options

Several factors affect treatment decisions for children and teens, including symptoms and medication side effects. There are generally several treatment options available, including:

Psychotherapy is a kind of therapy that can help children and teens with this disorder manage their symptoms. It can help them develop coping skills, address learning difficulties, resolve social problems, and help strengthen family bonds and communication.

Psychoeducation is when someone learns about the symptoms of a mental disorder and how they differ from normal behavior. This can help them understand and support their child better.

Providing support to someone suffering from bipolar disorder

The first step toward helping someone with this disorder is to get them into treatment. Treatment options include medication, therapy, and lifestyle changes. If these treatments don’t work, then electroconvulsive therapy (ECT) may be used. ECT involves using electricity to induce a seizure. This helps to reset the brain’s chemical balance.

If your friend has been diagnosed with this disorder, here are some things you can do to help:

Getting someone with bipolar disorder to see a doctor

Precocious Puberty: What All You Should Know! 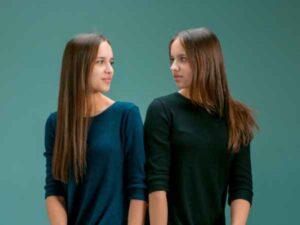 Precocious Puberty: What All You Should Know!