An Introduction To Gallstones

Gallstones are a common condition that affects millions of people every year. It occurs when hardened deposits form in the gallbladder, which is responsible for storing bile and releasing it when you eat certain foods. If these deposits become too large, they can block outflow from the gallbladder and cause pain, inflammation, and other uncomfortable symptoms. In this article, we’ll be taking a look at what exactly gallstones are and their causes, and how to diagnose them accurately.

Gallstones form when substances present in bile, such as cholesterol or calcium bilirubinate, crystallize and harden inside the gallbladder or its ducts. These stones may range in size from microscopic particles to much larger stones up to 2.5 cm (1 inch) in diameter. In some cases, these stones don’t cause any symptoms and require no medical treatment. However, if they grow large enough they can block the flow of bile leading to painful or even potentially fatal complications.

What Are The Types Of Gallstones? 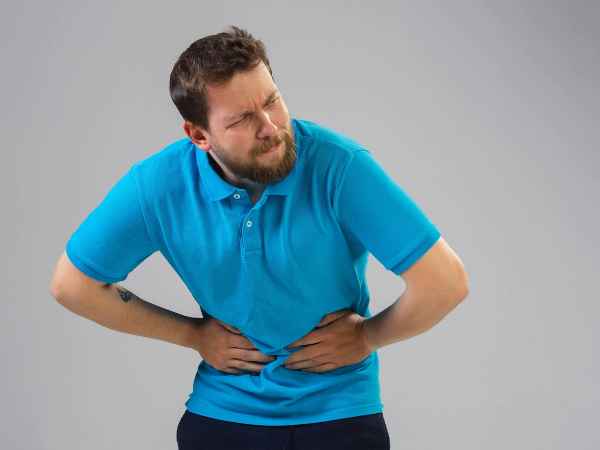 Now that you know the different types of gallstones, you should also be aware that they don’t always cause serious symptoms. Many people don’t even know they have them until their doctor finds them during routine testing related to other health issues. But it’s still important that you recognize potential warning signs so you could see a doctor for diagnosis and treatment if needed.

The exact causes of gallstone development are unknown but several factors can increase your risk. This includes genetics, diet (especially high-fat diets), age (being over 65), and gender (females are more prone than men). As well as certain medications like birth control pills and estrogen supplements. Excessive weight gain is also one of the factors. This is because of its link with elevated levels of cholesterol in the bile which can contribute to crystallization.

How do Doctors Diagnose Gallstones?

Gallstones are typically discovered during an abdominal ultrasound. But further tests may be needed if more serious complications such as inflammation or infection have occurred due to the presence of stones. Other diagnostic methods include CT scans, MRI scans, and endoscopic retrograde cholangiopancreatography (ERCP). As well as blood tests to measure liver function since gallstones have been linked with issues affecting hepatic function. 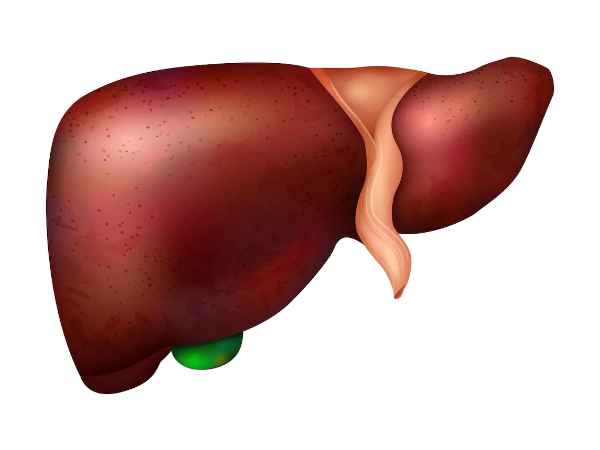 The main symptom is intense pain on or around the upper right abdomen area where the gallbladder is located. Although it can sometimes spread right across one’s torso region depending on its severity level at any given time during its inception process. In addition to this pain sensation patients may experience nausea and vomiting due to inflammation or discomfort. This can happen due to triggering by their presence within one’s body. Furthermore, other indicators could be present including abdominal bloating after eating fatty substances in particular meals.

Why Women Are More prone to Gallstone?

The most common symptom of gallstones in females is a pain in the right upper abdomen or sometimes on the right side below the rib cage. Depending on where your stones are located and how large they are. This pain can range from mild to severe and may last for several minutes up to several hours. This abdominal pain is usually experienced after eating a heavy meal. But you might never know that it’s being caused by gallstones. The pain may also travel to your back or occur between your shoulder blades.

Other common symptoms include indigestion or heartburn, nausea, vomiting, and excessive belching (burping). If you find yourself burping a lot after eating certain meals, it could be an indication. Discomfort can also be experienced in other areas such as your chest or upper right shoulder blade or arm area due to blockage of bile ducts.

In some cases of gallstone blockage, jaundice can occur due to the accumulation of bile pigments released into the bloodstream. This happens when blocked bile ducts cannot excrete them normally through the digestive tract. Other signs include dark urine and clay-colored stools. This is due to poor absorption of fats by the intestine when blocked bile ducts cause a lack of normal supplies of digestive juices. 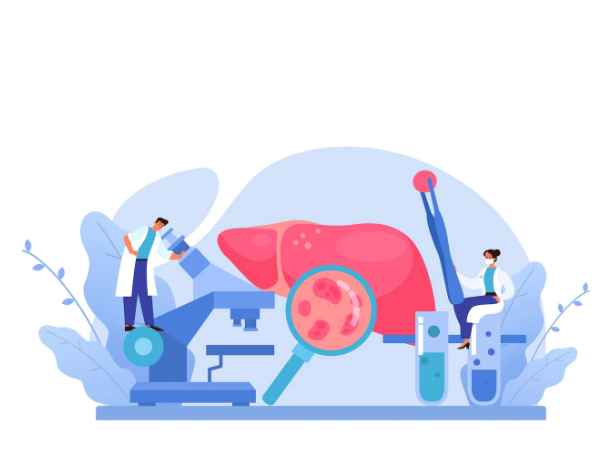 Most patients with uncomplicated cases of gallstone formation don’t require treatment. However, those who experience frequent pain and mid-severe inflammation due to a blocked biliary tract might need more aggressive procedures. These include lithotripsy (shock wave breaking down stones). Also, certain medications like bile acid sequestrants dissolve insoluble components found within forming calculi before they get too large and difficult to remove surgically. In extreme cases, cholecystectomy might be necessary to protect long-term health from any potential damage.

Here’s a look at common treatment options for gallstones:

In some mild cases, simply avoiding certain foods may help to ease symptoms and prevent further growth of the stones. A doctor may recommend cutting down on the amount of fat you consume and eating more fiber. Dietary modifications should be strictly followed otherwise it could lead to severe pain and inflammation.

If medications, dietary changes, or watchful waiting don’t work, then a laparoscopic cholecystectomy is often recommended. It is the best course of action for treating gallstones. During this minimally invasive procedure, surgeons remove the gallbladder through several tiny incisions. Although individuals must be careful when lifting heavy objects or engaging in strenuous activities for some time following surgery. 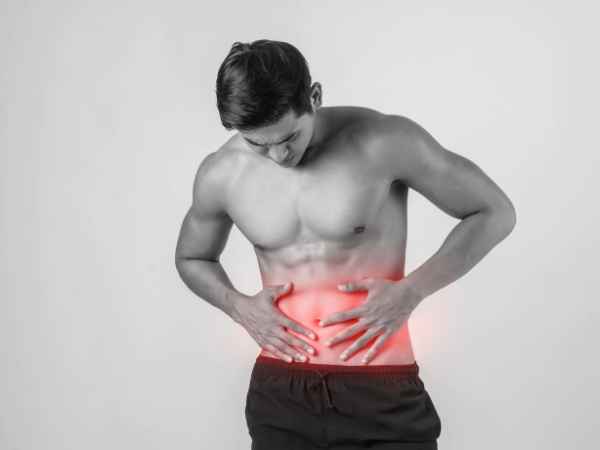 This non-invasive option is ideal for those who want to avoid surgery but still want relief from their gallstone pain quickly. ESWL works faster than many other treatments like pills or diets. The procedure uses sound wave energy that’s beamed directly onto the stone to break it into smaller pieces. Although success rates vary depending on how large and hard the stone is before being shattered by ESWL energy sources. Results will also take long after this treatment compared to a simple laparoscopic cholecystectomy. But it may be an ideal solution for some people seeking fast relief from minor complications caused by their stones without having to go through surgery.

Finally, lifestyle changes can also often play a significant role in reducing one’s risk of experiencing future gallstone problems. This means prevention is key here. You should avoid unrealistic diets since sudden drastic changes will trigger faster stone growth. So instead look into adopting healthier dietary habits that are realistic and sustainable throughout time. Cutting down consumption of animal products while increasing fiber intake. And maintaining regular exercise routines can go a long way towards lowering this risk significantly!

The amount of time required for cholecystectomy will vary depending on the size and number of stones. As well as the type of equipment and method used by your surgeon. Typically, the procedure itself usually only requires one to two hours to perform.

To prepare for the cholecystectomy, your surgeon will begin by administering general anesthesia or IV sedation to put you in a deep sleep-like state. Once you’re asleep, you will have an incision in your abdomen. This is so that the doctor can access your gallbladder and remove stones from it through an ultrasound device or other medical instruments. The entire process generally takes about an hour and a half but may take longer depending on how many complications arise during surgery.

What Happens After Gallstone Surgery?

After you’ve completed your gallstone surgery you may experience some slowing healing along with swelling. You will experience this at the site where your incision is. This is normal and should not alarm you too much since it just happens by natural inflammation due to having open tissue after surgery. You will also likely have some moderate pain similar to what you had before surgery. Again you can expect it as everything inside your stomach needs time to heal properly after the operation.

Your doctor may also prescribe antibiotics or other medications. If they believe infections could arise post-surgery so make sure to follow any instructions given before leaving. Depending on each type of patient recovery time can range anywhere from 4 weeks up to three months. However, if everything goes well most patients should expect to heal within four weeks.

How To Dissolve Kidney Stones At Home? 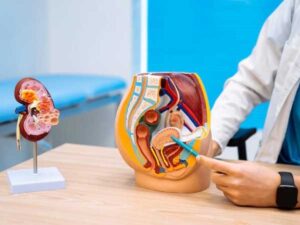 How To Dissolve Kidney Stones At Home? 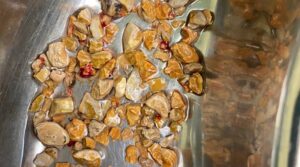 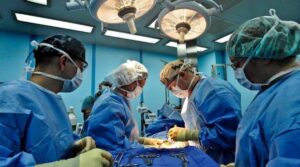