Fasting is popular around the world; many faiths practise it occasionally.(Guide to eat right: Is intermittent fasting safe for people living with diabetes) Lately, a form of fasting, known as intermittent fasting (IF), has received much attention as an effective way to lose weight. IF is constantly promoted by celebrities, fitness enthusiasts, and influencers who claim it to be a quick way to lose weight.

Scientific evidence supports the use of IF for weight loss. Based on a review of literature conducted in 2021 on intermittent fasting and obesity, diabetes, and multiple sclerosis, IF appeared to have beneficial effects on the lipid profile, while also being associated with weight loss in obese and type 2 diabetes patients.

In addition, the authors noted that glycemic levels were better controlled. According to this research, IF can help with weight loss, thereby reducing the risk of complications related to diabetes. The question, however, remains of whether people with diabetes can practise IF safely. Based on the evidence released so far, it appears IF can be done safely, but people with diabetes face the risk of hypoglycemia and hyperglycemia caused by fluctuations in blood sugar during and after periods of not eating. Let’s explore this further.

IF diet entails limiting your meals to a fixed window of time followed by a fixed period of eating little or nothing. Fasting can last from a few hours to several days. The pattern involves alternating cycles of eating and fasting. Perhaps it is popular because it does not fundamentally change ‘what’ you eat, but ‘when’ you eat. You can also choose from six different types of fasting. Fasting for 16 hours followed by eating for eight hours is the most popular intermittent fasting.

Two or three equally-proportionate meals or two large meals and three small snacks can be consumed during this window. The other popular method is the 5:2 intermittent fasting diet, which involves eating normally for five days of the week and eating 500–600 calories on the other two days. The eat-stop-eat method involves a complete 24-hour fast once a week. Fasting allows the consumption of water, black coffee, and zero-calorie drinks. Another popular method of intermittent fasting is Alternate Day Fasting (ADF), which promotes one day of fasting and one day of eating. A modified version of ADF allows you to consume about 500 calories on fast days.

A 2019 study observed beneficial outcomes from administering 6 hours of eating followed by 18 hours of fasting, including decreased inflammation, reduced insulin levels, improved markers of illnesses such as asthma and arthritis, as well as reduced damaged cells, which could increase the risk of cancer.

The lipid profile and blood pressure levels were also improved. A small study from 2021 found that IF lowered insulin resistance in 13 adults with type 2 diabetes. This study also reported diabetes remission within five months, with a high-efficiency rate of 85 per cent. Another review reported that most of the available research demonstrates intermittent fasting is effective at reducing body weight, decreasing fasting glucose, reducing fasting insulin, reducing insulin resistance, decreasing levels of leptin, and increasing levels of adiponectin. Some studies found patients were able to reverse their need for insulin therapy during therapeutic intermittent fasting protocols with supervision by their physician. A 2018 case report involving 3 patients living with diabetes demonstrated the effectiveness of therapeutic fasting to reverse their insulin resistance, resulting in the cessation of insulin therapy while maintaining control of their blood sugars. In addition, these patients were also able to lose significant amounts of body weight, and reduce their waist circumference and glycated haemoglobin level.

According to these studies, IF can decrease insulin resistance and improve diabetes markers. There is, however, a lack of research thus far to determine if it is an effective measure to control diabetes or not. There are risks, too.

Diabetes patients may be at risk from intermittent fasting. If you use insulin or medications and suddenly reduce your portion size, your blood glucose may drop drastically, resulting in hypoglycemia. According to the American Diabetes Association (ADA), hypoglycemia can cause shakiness, confusion, irritability, sweating, chills, dizziness, etc. People who skip meals may also make poor diet choices, which can negatively affect their waistline and blood sugar.

Also Read: Should you eliminate salt and sugar from the diet?

A carb-heavy pastry or plate of pasta may seem more appealing if you have not eaten it for hours. Bolus eating may lead to hyperglycemia and multiple complications. Animal studies indicate IF may impact insulin sensitivity and pancreas function. An experimental study published in 2020 found that alternate-day fasting for 12 weeks resulted in a rise in belly fat, damage to insulin-producing pancreatic cells, and signs of insulin resistance in rats.

To conclude – Intermittent fasting can result in weight loss. It, however, is not proven to help people with diabetes stop using insulin or control blood glucose levels. More research is warranted. It is important to note that IF can cause hypoglycemia and hyperglycemia in diabetics due to fluctuations in blood sugar during and after fasting periods. Consult your physician and diabetes care team before beginning fasting. You can lose weight safely and sustainably.

Goat milk: 10 Reasons You should Drink It 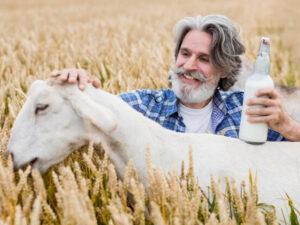 Goat milk: 10 Reasons You should Drink It 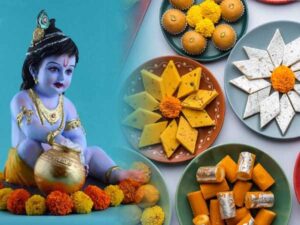 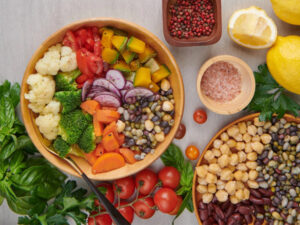