A new study, published this month in the Clinical Kidney Journal, examined data from the Ontario Renal Network and identified 271 people in 27 renal programs across the province who had contracted COVID-19 during the first two waves of the pandemic and subsequently developed an acute kidney injury requiring renal replacement therapy (AKI-RRT).

It was a little surprising, but these are the most severely ill people. Ninety-seven, 98 per cent of them are in ICU, and 90 per cent of them are requiring ventilators because of the damage that COVID has done to their lungs,” said Dr. Peter Blake, a researcher at Lawson and provincial medical director of the Ontario Renal Network.

The present mortality rates for people who go to ICU with COVID are around 25 to 30 per cent. This group is twice as high, marking that they’re even more severe cases of COVID.”

Blake said there has been much discussion in kidney doctor circles as to why COVID-19 may cause such a serious complication involving the kidneys, with one theory being that the virus could also infect the kidneys.There’s a little bit of evidence for that he said. But in many cases, it’s probably just that … when somebody gets absolutely critically ill with any disease, including COVID, that the other organs in their body all start to fail as well.

Blake noted that the mortality rate for acute kidney injury of a similar severity caused by something other than COVID-19 was also high, roughly 50 to 60 per cent.

It’s a complication…. The public are very aware about many issues with COVID, it’s been in the media a lot. This one hasn’t got much attention, he said.

None had kidney disease or injury prior to contracting COVID-19.

Something Blake found striking, he says, was the proportion of people diagnosed with the complication who were visible minorities.

Almost one-half of them were non-white Ontarians, and that’s disproportionate to the general population, particularly South Asians, (and) people of Middle Eastern origin,” he said.

Some might say that’s genetic, but some might argue more likely it’s socioeconomic, and living in a relatively dense living workplaces that are maybe higher risk for catching and transmitting COVID.

Researchers are continuing to follow the issue, and Blake says the number of patients identified has grown from 271 when the study began to more than 750. The largest increase, he said, came during the third wave in the spring of 2021.

According to the study, the 271 patients required 3,177 patient-days of acute RRT, resulting in “an enormous workload for already stressed ICU and nephrology services,” it reads.

I think going forward, we need to look at having surge capacity, Blake said.

In Ontario, we have a great health-care system, but we live on the edge a little bit with ICU and it doesn’t take a lot to push us over into real crisis.

— with files from Devon Peacock

This article is authored by [globalnews.ca/news]. But the headlines have been changed 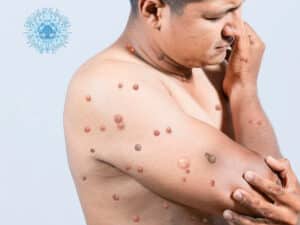 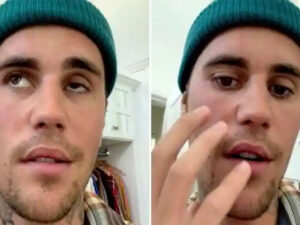 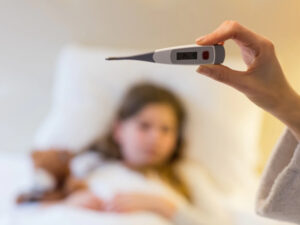