Skip to content
Home » Trending » Swine Flu Outbreak In India: Mumbai On High Alert – Protect Yourself and Your Family!

Swine flu is spreading rapidly in Mumbai, Maharashtra. Check out the telltale signs of this disease.

Mumbai, Maharashtra residents are on a high alert after the state reported seven deaths due to swine flu infections. According to the officials, the deadly flu has claimed two lives in Pune, three in Kolhapur, and two in the Thane Corporation of Maharashtra. Taking cognizance of the situation, the Mumbaikars have been asked to remain vigilant and track the symptoms of the infection carefully. Speaking to the media about the worsening situation, Dr Pradeep Awate, a state surveillance officer, said, “We are taking appropriate action to enhance surveillance. Prevention and control measures are being implemented.”

This comes at a time when the country is fighting a rising number of COVID re-infections and the sudden outbreak of the monkeypox virus. Just like the other outbreak, the H1N1 virus is also triggering cases in several parts of the country. Look at the current situation, the question that is hovering in the minds of the people is – the flu or H1N1 flu become a new pandemic in the future? According to Health experts, flu does not have very serious consequences but those who have comorbid conditions need to be careful. Let’s understand more about swine flu and the symptoms it can cause.

Swine flu or swine influenza (H1N1 flu) is a severe respiratory disease of pigs that is caused by the type A influenza virus. Swine flu viruses do not usually infect humans, but in rare cases human infections are possible.

Swine flu or H1N1 flu is a respiratory disease that makes a patient suffer from influenza illness, inducing symptoms of cold, fever, and other respiratory problems. In severe cases, H1N1 virus infection can also lead to pneumonia. Some of the common symptoms caused by this infection are listed below. Make sure to not miss them, and get tested for the infection as soon as they appear.

The above-listed symptoms take about one to three days to appear after a person has been exposed to the virus. In severe cases, the virus infection can also lead to:

Long Covid: The Symptoms You Need to Know About

Long Covid: The Symptoms You Need to Know About

Don’t Let Your Child Fall Victim to an Eating Disorder. Learn What You Can Do to stop it.

Don’t Let Your Child Fall Victim to an Eating Disorder. Learn What You Can Do to stop it. 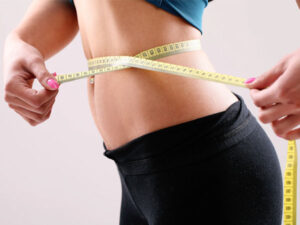