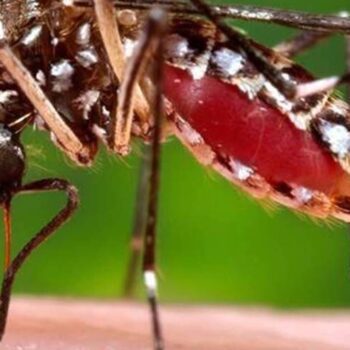 An initiative by the Ministry of Health and Family Welfare, National Dengue Day is observed in the country on May 16, every year. It is “to create awareness about dengue and to intensify preventive measures and preparedness for the control of disease in the country before transmission season starts,” the National Health Portal of India stated.

Dengue is a serious health concern in the country with over 2361 cases reported this year in Tamil Nadu alone, according to National Center for Vector-Borne Diseases Control (NVBDCP). It is followed by Karnataka (1417), Andhra Pradesh (692) and Rajasthan (63). According to Dr Lakshmi Priya, Senior Consultant Microbiologist, Metropolis Healthcare Ltd, tests including “dengue NS1, serological tests and molecular tests” are commonly used to diagnose the condition. Once infected, the symptoms usually begin with sudden onset of fever, followed by severe headache, pain behind the eyes, muscle and joint pain, and rash.

“Dehydration is the most common complication for dengue patients due to fever, vomiting, and reduced oral intake of fluids. Hence rehydration is the first line of management,” said Dr Priya.

“Visit the nearest hospital when there are any signs of dehydration like less urine output, sunken eyes, lethargy and rapid breathing,” she added.

The expert listed some dos and don’ts for those suffering from dengue.

*Take plenty of fluids.
*Consume energy-dense foods like rice and milk.
*Eat foods rich in vitamin K like green leafy vegetables which are essential for blood clotting.
*Consume iron-rich foods to compensate for any blood loss.
*Have vitamin C rich foods to boost your immune mechanism.
*Avoid foods that are rich in fats since they are difficult to digest.
*Avoid spicy foods since they can cause gastritis and may lead to gastrointestinal bleeding.
*Avoid caffeinated drinks since they may lead to dehydration.